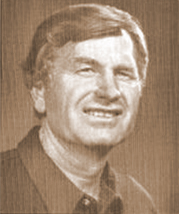 Bob Fraley coached track and field at Fresno State for twenty-eight years, mentoring forty-four All-Americans, winning a slew of awards and saving the program from the budget ax by coaching without pay. He gained a world-wide reputation as a pole vault expert and launched the Run for the Dream Indoor meet. Fraley's path to coaching was set early on, when Tom Van Gronigan, his track coach at Laton High School said: "Bob, did I ever tell you that I think you would make a good teacher and a great coach?"

After high school, while at Fresno State University, Fraley competed for another mentor who further inspired him to pursue a coaching career: world record pole vaulter Dutch Warmerdam. Growing up in Hardwick, near Laton, Fraley's home was just one ranch away from the Warmerdam place. Like many youngsters in the area, Warmerdam was his hero: "All of us kids wanted to be like Dutch. He had done it all and was right back at home, farming. teaching, and coaching." It was a special privilege for Fraley to compete for Wamerdam. "Dutch was a great teacher and motivator. I leaned so much from him about the dynamics of the pole vault, but I loved his philosophies. He'd say, 'Compete and give your best, be a cheerleader for your teammates, go to church on Sunday, and we'll work on it on Monday," Fraley said.

After college, Fraley taught and coached track at Riverdale, Laton, and Lemoore high schools, his athletes and teams winning numerous championships. His Lemoore teams went ten years without losing a meet. In 1980, Fresno State hired Fraley to assist head coach Red Estes, who was taking over for Warmerdam. Fraley became the Bulldogs' head coach for indoor track in 1984, then the women's head coach in 1998. In 2000, when Estes retired after a great career, Fraley was named the Director of Track and Field, a position he held until retiring in 2008.

Fraley's success over nearly thirty years at Fresno State was phenomenal, with his focus on sprints, jumps, decathlon, relays, and pole vaulting, His athletes accomplishments stemmed from a coaching philosophy that he learned early on, Fraley said: "Excel in your sport and in the classroom, work and compete hard, cheer for your teammates and be consistent in developing your beliefs." Under his direction. numerous FSU track and field athletes were All-Americans and Academic All-Americans, winning titles and championships around the United States and throughout the world from college meets to the NCAA championships to the Pan American Games to the Olympics.

Fraley coached at every level of track and field in the U.S. and internationally. His awards included USA Track and Field's NIKE Coach of the Year, United States Olympic Committee's Developmental Coach of the Year, Region 8 Head Indoor Coach of the Year, president of the Division I Track Coaches, chairman of U.S. pole vault development, Western Athletic Conference Women's Coach of the Year, and WAC Men's Coach of the Year. His son, Doug Fraley, won three NCAA pole vaulting championships. The 1998 4 X 100 relay team ran a 38.94 and Jeff Roberson broke the indoor 500-meters world record. For his work in the pole vault, Fraley was inducted into the U.S. Pole Vault Hall of Fame. Perhaps the most widespread attention Fraley attracted was in 2003, when it looked like Fresno State would eliminate track and field for budgetary reasons. Fraley stepped up and donated his salary to the school's track program to keep it alive. Stories about his coaching and personality appeared in magazines around the world, including Sports Illustrated and Track & Field.