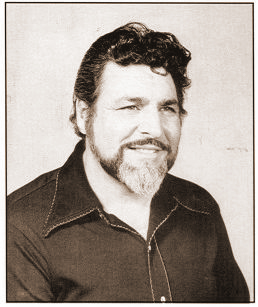 Mike "Blackie" Gejeian made a name for himself as the king of vintage hot rods and exceptionalcustomized cars. Known for his head-turning street rods and customized coupes, Gejeian is the originator of the Fresno Autorama, which celebrated its 50th anniversary in March 2009.

Gejeian's array of out-of-the-ordinary machines is the answer to every man's dream of the combination of mechanical power and creative design. Visitors to the Autorama know what it takes to polish a chrome manifold until you can eat off of it and some will do anything to incorporate these masterpieces into their own collections. What makes Gejeian's showcase of horsepower and dramatic auto designs so special is that he travels to just about every other auto show, hand-picks the winners that he wants in his production, and invites them to participate. One may wonder: why such a demand for exclusivity? It's Gejeian's show and his instincts always produce an envious array of machinery. All car owners that are invited-already winners at other shows-leave with three-foot high trophies for agreeing to display their "rides" to Fresno's car fanatics.

Gejeian is not just a behind-the-scenes organizer and producer. He knows machines from grills to exhaust pipes because he's also a builder and collector. Perhaps the most well-known of his cars is the "Shish Kabob Special," a Ford Flathead V-8 roadster that he built in 1952 featuring a tubular frame. It's one of five machines from his own collection that he has exhibited including Chuck Kirkorian's "Emperor," judged 1960's "Most Beautiful Roadster." Gejeian's shows are not just spit-and-polish displays. Most of these machines are so meticulously designed that in addition to incredibly beautiful hand painting and buffed chassis, some of these show-stoppers even feature engraved bolt heads.

Gejeian's background includes growing up in Easton, outside of Fresno on a farm surrounded by vineyards. He joined the Navy two weeks after graduating from Washington Union High School in 1944 and served in the Pacific during World War II. Car fever consumed him after he left the Navy and he built a modified 1926 Model T that was designed for street racing and salt flats drag racing. By the time 1949 rolled around, Gejeian was racing hardtops on circle tracks in auto racing-crazed communities up and down California. It wasn't long before he had won a fistful of trophies, racing in Madera, Selma, Hanford and Fresno's Kearney Bowl. He was good enough to win the NASCAR circle track title five times consecutively from 1953 through 1957.

By the time a track accident halted his racing career,Gejeian had already begun making inroads as a show-car builder, winning the World's Most Beautiful Roadster Award in the Grand National Roadster Show in Oakland in 1955. The next natural undertaking for Gejeian was opening and running the Clovis Speedway from 1964 to 1976, then producing racing programs at the Madera Speedway for five years. Throughout all of his various undertakings, Gejeian continued to build customized cars-his true passion. In fact, he won the highly coveted Builder of the Year Award and has even shown his creations at the internationally renowned Concours d' Elegance in Pebble Beach.