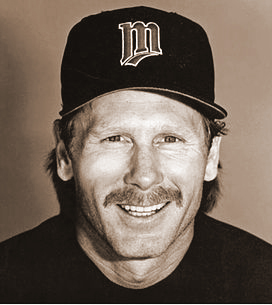 The outfielder with a fiery streak was a prime example of how wrong the scouts can be. No speed and no power, the scouts said. Undrafted after his last season at Fresno State, he asked Fresno Giants General Manager Bill Thompson for a tryout. Gladden went from a Single-A chance to an 11-year major-legue career highlighted by winning World Series with the Minnesota Twins in 1987 and 1991.

At the end of his career, in one season with the Yomiuri Giants, his club won the Japan Championship Series. The 5-foot-11, 180-pounder proved he could hit, averaging .351 for the San Francisco Giants in 1984 after hitting .397 in Triple-A earlier in the season. The “Dazzle Man” proved he had speed, stealing 31, 32, and 27 bases in his first three seasons in San Francisco. Gladden sparkled on defense too.

In 1988, he led the American League outfielders in fielding percentage (.991) and was second in assists (12). During his career, he played all three outfield positions, was a designated hitter and twice took a turn on the pitcher’s mound. Gladden is the best known for the Twins under World Series pressure and twice being featured on the cover of Sports Illustrated. Game 7 of the 1991 Series is regarded as one of the most memorable in baseball history. Gladden stretched a blooper into a double and scoring the series-winning run in the bottom of the 10th inning.