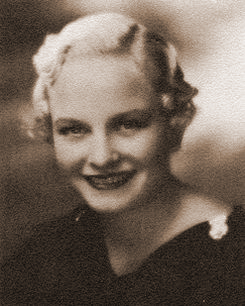 The first female to be inducted into the Fresno Athletic Hall of Fame, Fresno High graduate, Ruth Nurmi-Huffman competed at a high level in diving for three decades. Nurmi’s high point came in 1933 when she won the National AAU Junior Diving Championship. Two years later, she placed third in the senior platform division and continued to place third from 1933 to 1937 in that same event. She was a student at Fresno State, but blossomed as a top collegiate diver when she transferred to USC and began competing for the Los Angeles Athletic Club.

In 1934, she suffered a slight head injury while doing an exhibition at Del Monte and missed the Far Western Championships in Los Angeles where she was one of the favorites to win the platform event. Nurmi-Huffman won numerous regional and AAU titles. For Twenty years, she was a physical education teacher at Compton High School. She also appeared in several movies highlighted by being a stand-in for a top swimmer/actress, Esther Williams.