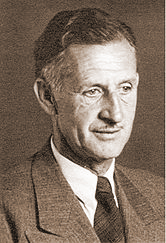 Charles Johnson's athletic career started in the humble surroundings of Citrus Union High School in the town of Azusa where he was born and raised. There were only thirty-five boys at Citrus, but they won the Southern California Basketball Championship one year and track titles for two years. Johnson won the pole vault, 50-and 100-yard dashes, and ran on the 880-yard relay team.

After high school, Johnson enrolled at Occidental College where he captained the baseball team. While completing post-graduate work at USC, Johnson played football and baseball for the Los Angeles Athletic Club. Following World War I, he moved to Fresno and was a teacher and coach first at Washington Junior High and then at Longfellow Elementary School. He was credited with honing the skills of many future Fresno athletes, especially those from the Armenian community.

During his thirty-six years as an administrator and coach, Johnson found time to play baseball in the Fresno Twilight League as well as the Raisin Belt and Valley Leagues. His peers credited him with molding individual young men, not only as top athletes, but judges, lawyers, teachers, and businessmen. He died in 1976.