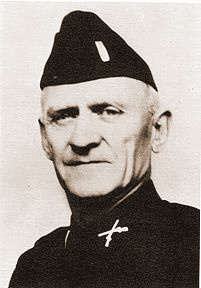 Goldie Long was born in Virginia, but graduated from Sanger High School in 1902. He coached swimming at Roosevelt High School from 1937 to 1945. Perhaps his greatest contribution was as the Young Men's Christian Association (YMCA) director in Manila and the United States from 1907 to 1937. In 1917, he was director of the Fresno YMCA and co-founded the YMCA Sequoia in the 1920s. Always a physical fitness expert, he competed in tumbling, wrestling, boxing, archery, track, and football. Long was also assistant Director of Health, Physical Education, and Welfare for Fresno City Schools. Long impacted the lives of young men in athletics and recreation as few Fresnans have.