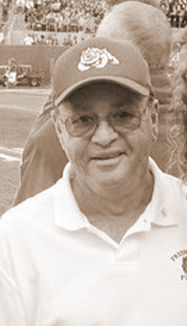 Though best known as Fresno State's longtime head athletics trainer and director of sports medicine, the New York City native contributed in many other ways to the Bulldogs' success and to the worldwide practice of sports medicine.

It was because of Schecter's passion for his profession and for Fresno State that the university, since 2003, has awarded the Paul Schecter Courage Award to a student-athlete who has overcome a physical challenge to excel in college athletics.

Upon his retirement in 2002, he was elected to the Far West Athletic Trainers Association Hall of Fame. That organization also honored him with its Special Service (1998) and Distinguished Service awards (1992).

After high school, Schecter moved west to attend Cal Poly San Luis Obispo, and it was there that he made the switch from athlete to trainer. Later he was hired by Cal Poly Pomona, where he had the opportunity to work with the world-class Southern California Striders track and field team.

Schecter earned a master's degree in education administration and put that toward great service to Fresno State and the community. He created the university's athletic training education program. When he had the STAR Clinic, he started a program that provided trainers to Fresno area high schools.

Schecter also consulted with major athletic shoe companies Nike, Adidas and Puma. And he supervised day-to-day operations of the football program during the Pat Hill era while spearheading fundraising efforts that raised millions of dollars to improve Fresno State's training and football facilities.