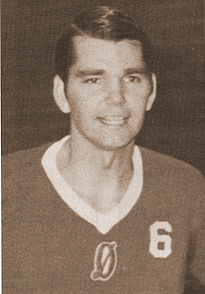 John Alstrom is arguably the finest volleyball player born and raised in Fresno and the wonderful thing is that he was able to continue playing the sport well into his sixties. Alstrom's Legends Club won the Over 65 National title and his team went to the World Master Games in Sydney, Australia to defend the championship they won in Edmonton, Canada in 2005. The first WMG was held in Portland in 1998 where his Legends finished second. In 2002, they won in Melbourne, Australia. For fifteen years, Alstrom's Legends' team has either won or finished second in every age group national tournament. One player on the team is John Stanley, a teammate at Brigham Young University and like John an Olympian on the 1968 U.S. team. Basketball was Alstrom's game when he was a 6'3" freshman on coach Jerry Jury's Hamilton Junior High team. When he moved over to Fresno High, he was 6'5" and would grow another inch before he graduated. Lee Angelich was his basketball coach.

Starting with the 1957-1958 season, Alstrom was All-City for three years and the Warriors won the Yosemite League. They lost only four games in three seasons. In track, Alstrom was a high hurdler good enough to make the CIF State meet in his senior year. During the regular season, he also high-jumped, ran the low hurdles, and long-jumped. He was recruited to Brigham Young on a basketball scholarship, but seldom played. "I got a lot of time on the bench; not sure why, but it was still a good experience," Alstrom said. "John Lowelf formed a club team because volleyball was still not a collegiate sport and told me: 'I think you would be a great player, why don't you come out and I'll teach you.' That's how I got started." BYU finished third in the collegiate club nationals where UCLA, Santa Monica Junior College, and San Diego State were the powers. Alstrom graduated from BYU in 1966. He returned to the Fresno Volleyball Club, recruited John Stanley- with the very competitive George Sarantos as setter and leader-they won the 1967 National Volleyball Association championship. Alstrom and Stanley had played on the United States national team in 1966 for the World Games and in 1967 at the Pan American Games. Together with Lowelf, they also played on the 1968Olympic team in Mexico City.

Family and business forced Alstrom to drop the national team, but he continued to compete at the highest level of club play. In 1969, the team won the National Championship, finished second in both 1970-1971, and were victorious again in 1972 when Alstrom was voted the MVP of the country "My forte was as a middle blocker and I was one of the best in the country," Alstrom said, with records to prove his point. "I wasn't a great spiker, but I almost always could get the ball down. You can teach people to spike, but most of it is a natural arm swing and that comes from your system naturally. The key is to hit at the top of your jump. I was a jumper and quick for my size."

Alstrom was thrilled with the U.S. Olympic Men's Indoor Volleyball gold medal in Beijing. He said the last men's indoor medal was a silver or bronze in 1996. *My teammate Stanley's son, Clint, was one of the big hitters for our team," Alstrom said. "The U.S. men's and women's teams in the indoor and beach volleyball ended up with three golds and a silver. Quite a feat for our teams." Alstrom also played one season in 1975 for the professional Los Angeles Stars with player/coach Stanley. It was called the Pro Volleyball League and the Stars won the first title. Alstrom has bad knees and couldn't play more than once or twice a week for tournaments. The four- and five-day straight matches were out. Alstrom has a son and daughter in the Bay Area, John, Jr. played for Stanford on a volleyball scholarship and his daughter was All-CIF in high school. John retired to Newport Beach.