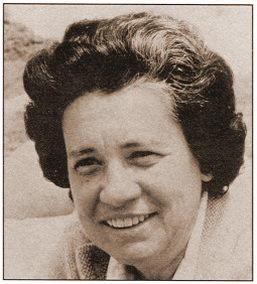 Bernie Amaral, the first female field manager of a world champion women's softball team-guided the Fresno Rockets to three world titles and three second place finishes.The San Leandro High School graduate played third base for the 1938-39 World Champion Alameda girls' softball teams. During World War II, she played on an Alameda team that faced men's military teams throughout Northern California. Amaral moved to Fresno in 1946 and for four years was the starting third baseman for the Rockets. Amaral then teamed with coach and Rockets organizer, Dutch Chandler, and became team manager in 1951. During the following nine years, the Rockets won world championships in 1953, 1954, and 1957. In addition to three second place finishes, the Rockets won the strong Pacific Coast Women's Softball Championships six times. Fresno never lost a regional qualifying game. Amaral was a superb teacher of the game with a knack for analyzing a player's skills and bringing out the best in each one, stated fellow Rockets. Kay Rich and Jeanne Contel, both members of the Amateur Softball Hall of Fame. Amaral was a Fresno State University graduate who taught history and government for seventeen years at Sanger High School.