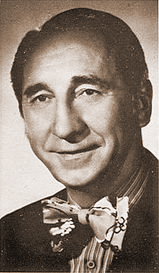 This native Fresnan was the cheerleader for his talented son Ted Wills Jr., who became a major league pitcher, but Wills, who played a little baseball and basketball at Central High School from 1925 to 1928, became a sports booster of all Fresno sports in his role as a city council member and mayor. He was able to use his offices in a positive way to push for new athletic facilities. Wills was always one of the ringleaders in getting any city athletic programs started. He was the first chairman of the Fresno City and Fresno Unified School District's Parks and Recreation Board to help build swimming pools in every city high school.

Wills was president of the Fresno Boys Club and helped organize and coach a team in the Fresno Little League. He voted with the mayor at the time, Arthur Selland, to build the Fresno Convention Center with the emphasis on the sports center. Ted, Jr. said his father was extremely active in the Cub Scouts as a Scoutmaster and also organized Cub baseball teams.That's when I started team baseball as an eight-year-old," Wills said. While mayor, Wills led the drive to enlarge Selland Arena to a seating capacity of 10,400 people. With his trademark colorful, large bow ties, Wills was a top booster for all Fresno State sports teams and traveled long distances to see games. In 1980 for his lifetime commitment to Fresno's youth, the Ted C. Wills Community Center was built and dedicated to him. Mr. Wills died in Fresno at ninety-two.