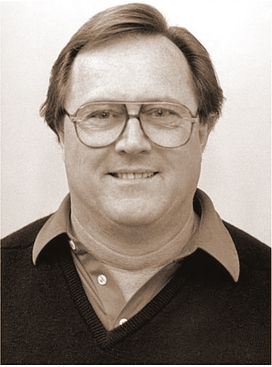 An eye for detail, a passion for the preparation, and a distinctive, reassuring voice - perfect for story-telling - brought the Selma native acclaim as the radio “Voice of the Bulldogs” during 37 seasons of broadcasting Fresno State sports.

Woodward was the Red Wave’s eyewitness to history from 1972 to 2008 as play-by-play announcer for more than 2,000 football, basketball, and baseball games on KMJ 580 AM, the central San Joaquin Valley’s powerhouse radio station.

Though players, coaches, and athletic directors would change many times, Woodward was a constant for Bulldogs fans. His time behind the microphone spanned Fresno State’s athletic development from a small-college program into a well-known player on the national stage.

Woodward called many of the Bulldogs’ greatest moments: the 1983 NIT basketball championship, the ‘83 basketball victory over a No.2 ranked Houston team boasting Hakeem Olajuwon the ‘92 Freedom Bowl football victory over USC and the 2004 overtime win over Virginia in the MPC Computers Bowl.

He covered the game as the fans wanted it, referring to popular Bulldog athletes by their first names and venting when he believed Fresno State had been victimized by a bad call. The relationship between announcer and listener was that of a big family living and dying with their Bulldogs.

Just as he was revered by fans, Woodward was respected by peers, twice winning the California Associated Press Television and Radio Broadcasters ward for locally produced play-by play.

Woodward grew up loving sports, playing football at Selma High and in junior college. While recovering from a shoulder injury in 1960, a friendship with KRDU’s Dick Shepperd inspired Woodward to consider a career in radio. After graduating Fresno State, he worked at a station in Eugene, Ore., before landing KMJ in 1972.

To get the job, Woodward needed a football audition tape - which he didn’t have. As Woodward tells the story: “I went to a San Francisco 49ers game and mimicked everything Lon Simmons said into a tape recorder. It was on such a short notice, a do-or-die situation, but it worked.