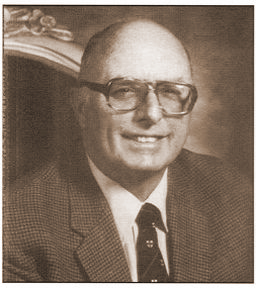 Transplanted Englishman Harold S. Young introduced youth soccer to Fresno County in 1967, launching a movement that attracted all ages in communities throughout the area. Young, who had lived in Fresno for ten years, brought his favorite sport-largely unknown before then-to the attention of Howard Holman, chief of Fresno Parks and Recreation Department.

With Holman's blessing, Young organized schools throughout the city. He recruited volunteers, held coaching clinics, and became known as "Mr. Soccer" when he spread the game to Clovis, Madera, Sanger, Oakhurst, Visalía, Merced, Kingsburg, and Kerman. Soccer became a mainstream school sport, complimented by nationally recognized college programs and a semi-professional team in Fresno. Indoor soccer also gained popularity. Young would be proud of his legacy.

In 1973, Young received accolades in Soccer America with a story that named Fresno's junior program as the best in the nation and praised Young for his enthusiastic and capable leadership. He was the point man in convincing the CIF to the sponsor soccer as a high school sport and, in 1973, the Harold S. Young Classic holiday soccer tournament for high schools was launched. Prior to initiating junior and high school programs, Young helped found the Olympic Soccer Club, a Fresno adult team that won three league championships in a row. In 1971, Young was named Fresno's Volunteer of the Year. Five years later, he was the second person inducted into California's North Youth Soccer Hall of Fame.