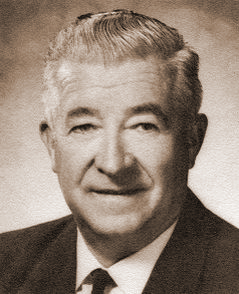 In the 1930s, the Fresno County Sportsmen's Club was in its heyday with a membership of more than 1,000 and satellite branches in several smaller communities. It was at this club in 1934 that a young sharpshooter named Joe Yrulegui entered and won the club championship in skeet shooting. It was the beginning of a stellar career with a gun.

Two years later, Yrulegui set a world record by breaking 245 out of 250 clay targets. He was the California State Champion in 1937 and 1939. His 1939 title was achieved with a perfect 100 out of 100 targets. That same year, he finished first in the World National Team Skeet Championship. As a member of the U.S. team, he had the fifth highest U.S. average of 98.25 targets broken and was named to the All-American skeet team.

Through 1942, the Fresno High School graduate was among the elite U.S. skeet shooters with scores of 99 x 100, 246 x 250 and 247 x 250.Yrulegui began his athletic career at Fresno High and continued at Fresno State College, playing varsity basketball and baseball. He pitched in the old Twilight League from 1930 to 1933. In the late 1940s, Yrulegui was a member of the City Champion Peerless Pumps and Dale Brothers softball teams. He took up the game of golf under the tutelage of Fresno links great Charlie Seaver and soon was shooting in the 70s.