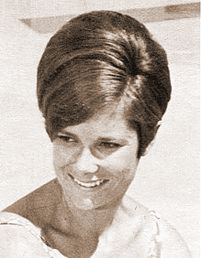 In 1958, a Roosevelt High School junior girl hit the national headlines when she won the National Junior Women’s Three Meter Diving Championship in an AAU meet held in Fresno.

Barbara McAllister Andrews went on from this auspicious beginning to a very notable world class career in diving, spring board, and platform.

Her top performance came in 1964 at the AAU National Indoor Championships where she accomplished a marvelous sweep of the one meter, three meter, and 10 meter events.

In the same year, Barbara was a member of the Olympic Team, picking up an eighth place and she also won the U.S. National Women’s Outdoor Three Meter Championship.

Barbara emerged from the Pan American Games of 1963 as the Women’s Three Meter Champion and in 1968 she was a member of the U.S. Olympic Team, picking up a 10th placing.