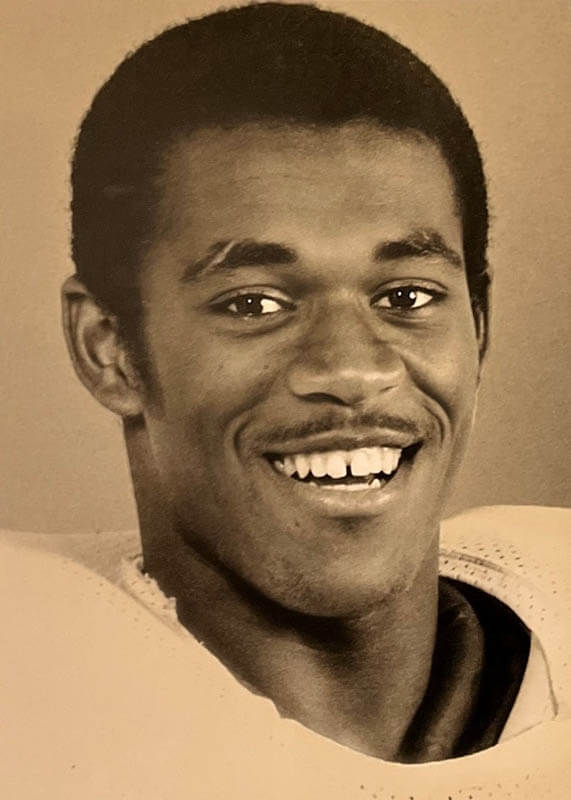 Vestee Jackson Jr., a quick and promising tailback from McLane High School, made the switch to cornerback at the University of Washington and parlayed his extraordinary talents into a successful, eight-year National Football League career. Blessed with skills that evoked memories of his father, Vestee Jackson, Sr., who starred at Edison High and Fresno City College in the 1950s, the younger Jackson entered the football scene at McLane. A two-time All-Metro selection, he rushed for 1,288 yards as a senior in 1980. He also was one of the nation's top high school triple-jumpers.

Vestee accepted a scholarship to University of Washington and blossomed into a starter as a sophomore for program recognized as having one of the nation's top defenses under Coach Don James. During Jackson's years as a starter for the Huskies, the team played in the Aloha and Orange Bowls, finishing with a #7 national ranking in 1983 and #2 in 1984. The #2 ranking was earned by virtue of the Huskies' 28-17 victory over Oklahoma in the Orange Bowl.

In 1985, the 6' and 186-pounder with a sprinter's speed, had fifty-four tackles and intercepted four passes to earn First Team All Pac-10 honors. The following spring, he was selected in the second round as the 55th overall draft choice by the Super Bowl champion Chicago Bears. Jackson played five seasons under Coach Mike Ditka, intercepting a total of fifteen passes. In 1988, he picked off eight passes and played a major role in leading the Bears to the NFC title game. A trade after the 1990 season sent him to Miami, where he was a valuable defensive back for three seasons for Dolphins Coach Don Shula.