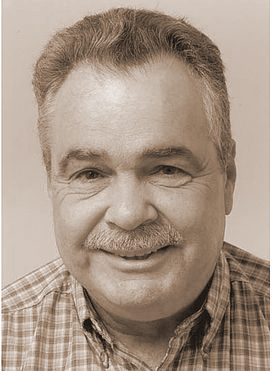 An interest in sports that began as a youngster listening to basketball games on the radio became a passion that produced a complete and accurate history of high school athletics in the central San Joaquin Valley.

Barnett began researching and documenting Valley high school sports in 1985 after being asked to help with the Edison High School Wall of Fame. He was soon poring over old newspaper articles -- some dating to the 1890s -- and expanding his records to other schools.

Central Section Commissioner Meritt Gilbert recognized Barnett’s talents and work ethic and named him the section’s official historian in 1992. Barnett filled a huge need in documenting the feats of high school athletes. Until he jumped to the task, local schools had incomplete or inaccurate records based on well-intentioned but hazy memories.

A stickler for accuracy, Barnett approached his work with this motto: "You don’t do hearsay. You have to prove it."

Barnett teamed with Nelson Tennis, founder of Cal-Hi Sports to incorporate records set by Central Section athletes and teams into the state record book. During an era when girls’ athletic were expanding, he devoted as much attention to their accomplishments as he did boy’s athletics.

At the time of his induction, Barnett had authored records books for football (1991), boys’ and girls’ basketball (1996) and baseball/softball (2000). In addition, Barnett and his wife, Norma, turned one room of their house into an unofficial Central Section Hall of Fame that includes Bob’s research and framed photos of championship teams.

In 2001, Barnett was honored with the Distinguished Service awards from the California Interscholastic Federation and, in 2005, he received the Lifetime Achievement award from the Fresno County Office of Education.