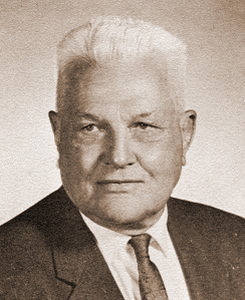 Stanley Evans Borleske was recruited by the legendary University of Michigan coach Fielding "Hurry Up" Yost and became an outstanding end in 1909, his sophomore season with the Wolverines. Borleske was involved in an extraordinary collegiate football game in October of his first season. It was momentous for Notre Dame who defeated Michigan 11-3 for the first time in Ann Arbor. It was also a sad memory in another way for Borleske who had recovered two fumbles earlier in the game and then ran down Notre Dame's Red Miller on a long breakaway to the Michigan five-yard line. Borleske hit Miller with his right shoulder and sustained a broken collarbone, ending his season after five games. Notre Dame capitalized on the injury to pound his substitute for rushing yards. In his senior year, Borleske was a First Team All-American on three different teams.

Borleske was hired at Fresno State in 1930. He coached baseball for eight seasons, basketball for five, and football for three. His 1930 football team was 8-0. Only the 1961 Bulldog Mercy Bowl team that went 10-0 topped his team's record. His teams won one conference title in football, two in basketball, and two in baseball. He was an assistant coach for James "Rabbit" Bradshaw for seven seasons. He retired from Fresno State in 1958 after twenty-nine years of teaching and coaching.