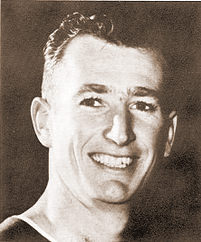 The victories kept mounting, but the person who paid the least attention was Len Bourdet, who finished his Fresno City College baseball coaching career in 1988 with 722 victories which at that time was the most in California junior college history. Bourdet was one of the many disciples of legendary Fresno State coach Pete Beiden who became very successful in the high school and collegiate coaching ranks. "You know, I never kept track of those things (wins]. I just wanted to field the best team I could and if I did that I knew we would win," Bourdet said. "After a while, media people came to me and said, 'You know, you could be the JC coach with most wins ever in California?" I knew we were winning pretty consistently (fifteen league and four state championships plus two third places); I just never knew the totals. I was fortunate to have a lot of really good kids, some good assistants and good school support."

Twenty-year assistant Fred Bartels said Len had pretty strict rules, but could also be flexible. "You know, not all kids want to have short haircuts or you couldn't do this or that because they didn't have to in high school and Len would back off a little depending on the kids he had," Bartels said. "I noticed he mellowed on those things but in a good way. They knew how far they could push and I was right there telling them not go over the line. I worked with the outfielders and I liked that and Len let me do it. I know we never had a cross word to each other the whole time I was his assistant." Bourdet and Bartels each played three seasons for Beiden and their coaching tactics showed it. The workouts were long, tough, and meaningful. Beiden could forgive errors, but not mental mistakes or a breach of fundamental baseball. Bourdet patterned his workouts to mirror those of Beciden. Bourdet said he learned from Beiden that long, hard work paid off.

Fresno State practices were never short and there were no breaks and everyone was doing something. Bartels said when he played in 1951, Beiden would post the daily workout schedule in the old field house next to Ratcliffe Stadium. "We couldn't understand what it said, but we knew it would be hard and long with no time for standing around," said Bartels. "That was the same way Len's workouts were and our teams had great fundamentals, as did just about every coach that played for Pete." Bourdet was born and raised in Hollister where he was a three-sport star at Hollister and Napa High Schools. Two years in the Army in Okinawa were followed by a single season at San Benito Junior College and then on to Fresno State. He played his first season as a Bulldog at third base in 1948 which was the year that Beiden was hired. His final two seasons were at third base. He played five seasons of minor league baseball before deciding that coaching was his gift.

In 1958, his first Rams team was 15-10 and finished second in the Valley Conference. That was a precursor of what was to come. The following year, he was 25-4 and tied for first in the league, but lost in the regionals. In the next six years, the Rams won the league outright and won three straight state championships from 1961 to 1963. The Bourdet Rams added a fourth state title in 1972. He also hired Dick Selma to his staff as a volunteer assistant until Bartels retired due to bad knees and then Dick went full time. Bourdet became the winningest community college coach in California history with 675 wins on February 14, 1987 when he passed Wally Kincaid of Cerritos College. Number 700 came February 18, 1988. Bourdet's last win was May 21, 1988 at the regional playoffs in Stockton where the Rams beat San Jose City, 8-5. The same Rams lost a wild 13-12 decision to De Anza College to close out his career.

Bourdet's nicknames included the "Hollister Cowboy"-since he team-roped steers with his brother, Gene, who later became Fresno State Athletic Director-and "Lizard" which players used, but never to his face. Bartels said it was very difficult to fool Len, but forty of his players pulled off a surprise reunion of the 1961, 1962, and 1963 State Champions at the Fig Garden Country Club. He was lured there by the opportunity to conduct a golf teaching class. "I was fully prepared for a golf clinic, but I certainly was not prepared for the greeting I got when I walked into the clubhouse," Bourdet recalled. "I didn't have a clue that anything was in the wind. It was a complete surprise, but a great one:" Bourdet still works part-time at Fresno City. He is an accomplished single digit golfer and along with his wife, Becky, spend part of the summer at their home in Santa Cruz.