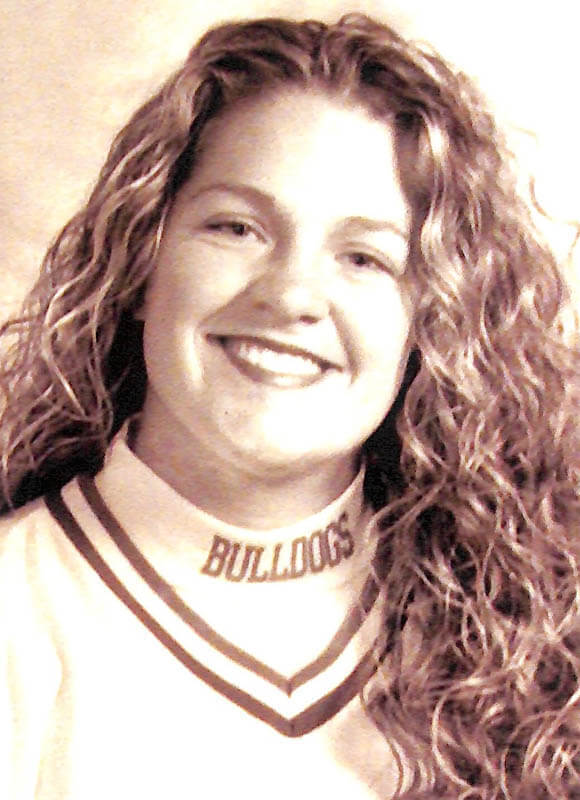 Amanda Scott threw twenty-four no-hitters and sixty-two shutouts in eighty-one victories, striking out 1,051 batters. And that was just her record at Clovis High School. By the time the college scouts came calling for the young phenom, Scott had decided to stay close to home and signed with Fresno State in 1996. She was able to lead the Bulldogs to their first National Collegiate Athletic Association Championship, become Fresno State's first four-time First Team All-American, and to finish second behind Dutch Warmerdam on the university's list of Greatest Athletes of the 20th Century. In her freshman year, Scott hit .450 in a twenty-four game streak with thirty-two RBIs, ten doubles, two home runs and fifty-three total bases while scoring seventeen runs. She led the team in doubles that year and was second in RBIs. As a pitcher, she was 19-5, including winning seventeen of her last twenty-three games. Nine of those wins in her freshman year were shutouts.

As a sophomore, Scott established numerous school, league, and national records during the team's Division I championship drive. Against top-ranked Arizona, she pitched a 1-0 shutout in the NCAA Softball World Series, striking out six and giving up three hits. She also went three-for-three at the plate on that historic day for Fresno State. In the same season, other highlights included ending the year with a streak of 33.1 innings pitched without an earned run and going 5-l in post-season play with two shutouts and a no hitter for an ERA of 0.00 in 23.2 innings. During the season, she had a streak of twelve straight wins, including four shutouts, eighty-seven strikeouts, and a 0.37 ERA. At bat, Scott had at least one hit in forty-six games with twenty-two multiple-hit games and nineteen multiple RBI games. She belted grand slam home runs against Oklahoma and New Mexico and led the Bulldogs in homers and was second in RBls. She also threw her first collegiate no-hitter and perfect game at New Mexico that year. In her junior year, Scott posted a school record and national best 0.24 and was nationally ranked in wins and saves. She opened the year with an amazing streak of 92.2 innings pitched without giving up an earned run. In the 1999 season, Scott set a school record, unearned run streak at 126 innings and also set the Western Athletic Conference record in ERA. She also pitched six one-hiters, got her 500" career strikeout, threw her second career perfect game and third no-hitter, had six consecutive shutouts, and set the Fresno State record for single season strikeouts.

In Scott's senior year, she continued to break records. She led the Bulldogs and the WAC in wins, strikeouts, earned run average, innings pitched and saves, while setting a school record with nineteen straight wins and establishing single season records like strikeouts, consecutive wins, consecutive games without an earned run (21), and consecutive no-hitters. “Amanda was fundamentally sound at the age of six," said her dad, Ron Scott. "Leslie (Amanda's mom) and I never pushed her. She just loved to play and loved the competition." When she was eight years old, Scott asked if she could take pitching lessons. She worked with Leroy Zimmerman, a fast-pitch legend from the valley, and established herself as a pitcher and a hitter to be feared. From early on and throughout her career at Fresno State, before each inning she pitched, Scott walked to the top of the pitching circle and drew a "Z" in the dirt behind the mound in honor of her mentor. Her dad taught her how to hit and the rest all came from Scott.

"She always had a great competitive spirit and never wore her heart on her sleeve. She was always on an even keel and competitive. and you couldn't tell if she was winning or losing," says her father Ron Scott. Amanda was also a two-time Academic All-American, won an NCAA postgraduate scholarship, and was a two-time WAC Female Athlete of the Year. She was a top draft pick in the professional leagues for four straight years. In 2004, she pitched for the New York Juggernauts and led them to a National Pro Fast Pitch Championship while earning the league's MVP honors. Scott graduated from Fresno State in 2001 and received a master's degree at Michigan State in 2005. She began her coaching career at Michigan State and has also coached at lowa State and the University of Illinois, Chicago.