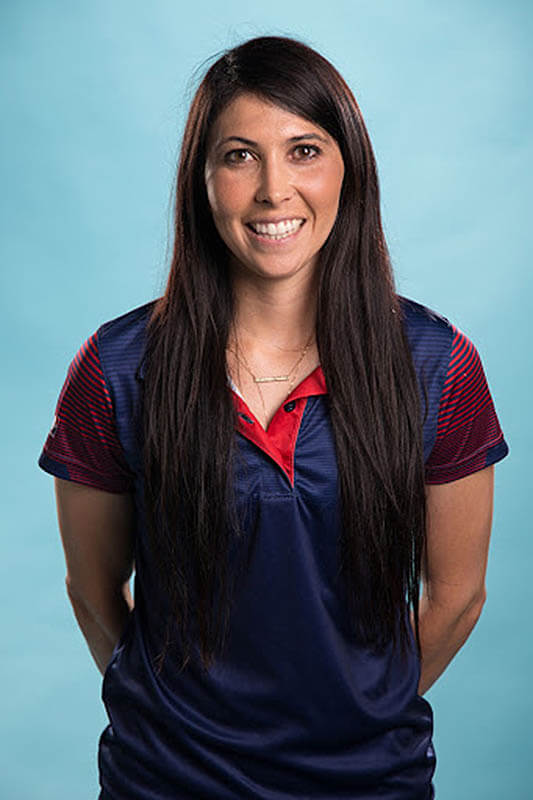 Andrea Duran can describe in one word what it meant to her to be an Olympian: "amazing."

Duran was a member of the 2008 U.S. Olympic softball team that won a silver medal in Beijing, China. She was chosen for that team after a standout career at UCLA, where she won two national championships and was the Pac-10 Player of the Year in 2006.

Long before she was a Bruin, Andrea Duran was a Bear. She grew up in Selma, the "Raisin Capital of the World." And, ironically, she grew up with the grandchildren of Bobby Cox, another famous Selma High School alum who is in the National Baseball Hall of Fame as one of the most successful managers in MLB history.

Duran was a three-sport athlete in high school: softball, basketball and volleyball. Softball, of course, was the sport at which she excelled the most and for which she received the most attention. Andrea Duran had a career batting average of .558 at Selma High School, a Central Section record. She also set section records for career hits, single-season hits, single-game hits, career runs scored, single-season runs scored and career stolen bases. In 2011, nine years after she graduated, the softball field at Selma High School was renamed "Duran Diamond."

Andrea Duran continued to shine on the softball field in college. She attended UCLA and was an immediate contributor, playing in 61 games as a freshman in 2003. Despite contending that she was "raw," Duran batted .281 that season in helping the Bruins win the national championship.

Three years later, with another national championship under her belt, Andrea Duran was one of the best players in the country. She hit .355 as a senior in 2006, with 15 home runs and 42 RBI. She was a first team all-American, as well as the aforementioned Pac-10 Player of the Year.

After her time in blue and gold, Duran would suit up in red, white and blue: first as a member of the U.S. women’s national team, then as a member of the USSSA Pride. A National Pro Fastpitch player for nine seasons, Duran led her team to several championships and was the 2014 NPF Player of the Year.