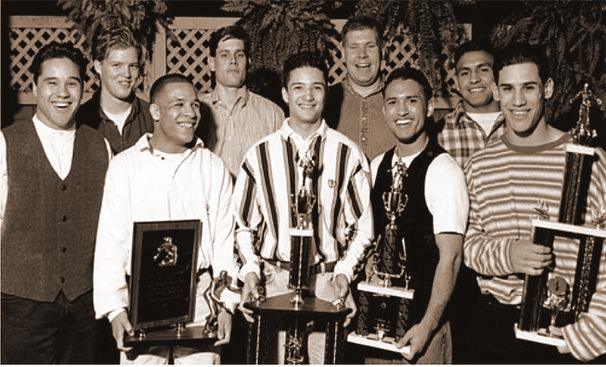 Coach Bill Musick had the same goal every year: “Go undefeated in duals and tournaments.” Even though his teams had won state community college titles in 1975, 1989 and 1993 and taken the state dual-meet title in 1992, his goal didn’t become reality until the magical 1994 season. Led by 134-pounder Yero Washington, 142-pounder Eddie Ramos and heavyweight Chad Mast, Fresno CC was 9-0 in duals and 9-0 in tournaments - capped by adding the state tournament title in December to the dual-meet crown won a month earlier. The perfect season was the first for a California community college team and landed the Rams a No.2 national ranking in the final poll.