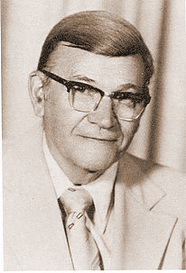 Fred Gerhardt was famous as an engineer and builder of racing automobiles in the world. A native of Fresno, Fred knew what he wanted to do at fifteen when he first became interested in how automobile engines worked. Fred's fascination with cars developed specifically in relation to creating horsepower and increasing speed. Working in the family garage, he entered his first race with a souped-up Chevy on a dirt track in Newman, California. Duane Carter, who would go on to become a nationally known driver and veteran of eleven starts in the Indianapolis 500, was behind the wheel.

Fred made a car for another Fresno teenager, Bill Vukovich which Vukie totaled in a race at Chowchilla. This partnership, however, would go on to dominate midget racing in the western United States for many years to come. Driving for Gerhardt, Vukovich and his brother, Eli, traveled the countryside, racing as many as twenty heats and races a week for two years. After World War II, Fred and Vukie won the Pacific Coast Midget Championship in 1945 and 1946. Gerhardt continued to win races and championships through the 1950s and beyond. His cars were driven by the likes of Johnny Parsons, Bill Cheeseborough, and Tony Bettenhausen among others. In 1950, Vukovich won the National Midget crown in one of Fred's cars and Parsons took the 1956 Pacific Coast title in a Gerhardt special. From 1957 to 1976, Fred and his son, Don, fielded cars in the Indy 500. As a car owner, Fred also won championship races at the Phoenix 500 and the Michigan 500 with Gary Bettenhausen at the wheel. In 1980 after an illness slowed him down a bit, he came back to build a midget for his son Rick and stayed active in his work until he passed away in 2001.

Fred Gerhardt won many awards and championships during his career. He is an inductee in the National Midget Auto Racing Hall of Fame, but his innovations and inventions are also included in his legacy. He was responsible for not only helping design and build the Drake Turbo Offenhauser, but also the Supercharged Drake Offenhauser in 1966. Fred was the primary American rear-engineer builder from 1966 to 1970. He also helped innovate a new car lift system for enclosed trailers that is still being used today as are many of his inventions for the agricultural industry. The Fred Gerhardt Open Wheel Classic was a dream of Fred's son and current Madera Speedway promoter, Rick Gerhardt. Fred's name and his dedication to racing still lives on today through his family, friends, and admirers of his work and passion. 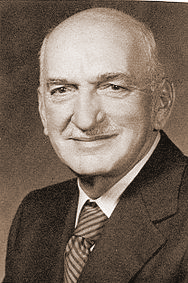 Born and raised in Fresno, John J. Kovacevich was one of the few locals to make a name in the sport of speed boats and hydroplane racing. The Fresno High School graduate was the state leader for nearly ten years in Class 'F racing runabout and Class 'F' hydroplane races. Kovacevich won his first National Championship in Oakland in 1939 and, a year later, roared to a world record in Stockton. He established a world record in the FRR at Lakeport in 1939. In 1940, he won the Fort Worth, Texas National Championships and also set a world record on the prestigious Salton Sea and another in Rochester, Massachusetts. He was named winner of the Sea Magazine high points trophy and the first recipient of the Ernie Millot Sportsmanshipaward for Pacific Coast Outboard Drivers in 1940. Kovacevich won the National FRR championship at Salton Sea in 1942 and then retired from boat racing. 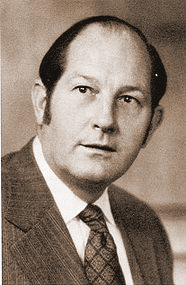 Jack Shepard was not only an outstanding high school, collegiate, and major league catcher; he was also extremely intelligent. His pitching teammate, Jake Abbott had high praise for his late Roosevelt High colleague. "Without a doubt, Jack Shepard was the best high school hitter I ever saw," Abbott said. "Jack was a slow runner and had just an average arm, but boy could he hit. He also was like having a coach on the field. He was so smart." Shepard was born in Clovis and honed his skills on the local playgrounds and recreational baseball leagues.

Shepard enrolled at Stanford University and set batting marks, some that still stand. He had 137 career RBIs, a three-year average of .362, and single season records for triples, runs scored, and runs batted in. In 1953, he was the Pacific Coast Conference MVP, a First Team All-American, and led Stanford to the District 8 title. In the summer of 1953, he signed with the Pittsburgh Pirates. He was chosen as the All-Star catcher in the Western League for the Denver Bears which earned him a promotion to the Pirates. In his first year, he was named the Sporting News Major League Rookie Catcher of the Year and the Pittsburgh Rookie of the Year. Shepherd was with the Pirates until 1956. When he returned to the Bay Area, he was president of the Atherton Little League from 1972 through 1974 and manager of the Atherton Little League Champion Tigers. He was instrumental in introducing the "Jugs" pitching machine for youth baseball. For many years, he was president of the Granger Associates in Menlo Park.

Eddie Taplin was-and still is-the only jockey to be inducted into the Fresno Athletic Hall of Fame. The native of lowa moved to Fresno at a young that age and began his riding career at the tender age of seventeen. Taplin galloped on the riding circuits in this country, Europe, Australia, Cuba, Canada, and Mexico. He rode 9,235 races and won 1,343 times, a credible average considering the caliber of competition at that time. His career highlight was riding in the famed Kentucky Derby in 1909 where he finished seventh. In 1910, he used that Derby experience to ride eleven winners in three days and seventeen in the space of twenty-seven races at the Emeryville track in Oakland. After his retirement as a rider, he became a trainer for the Spreckels family stable. Taplin died in 1956. 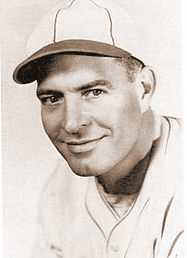 Glenn Wright's nickname was "Cap" after he moved to Fresno following an eleven-year major league baseball career. However, the Archie, Missouri native was called "Buckshot" when he starred at shortstop for the Pittsburgh Pirates and Brooklyn Dodgers. Wright was on the World Series champion Pirates in 1925. Pittsburgh was down 3-1 in the series before winning three in a row, besting the great Walter Johnson in the final game.

He was a University of Missouri letterman in football and basketball, but left school in 1921 after signing a contract with the Kansas City Blues of the International League. Wright was the shortstop for the Blues when they won the American Association title and defeated Baltimore in 1923 in the "Little World Series." In 1924, he was promoted to the Pirates and was a solid contributor for five seasons, batting more the .300 three times and driving in more than 100 runs in three of those years. Wright was traded to the Brooklyn Dodgers in 1929, but suffered a sore arm and played in only twenty-four games. The arm healed with rest and, in 1930, Wright had the best individual season of his career. He hit .321 with twenty-two home runs, twenty-eight doubles, and twelve triples for the fourth place team.

For thirty-two years, Wright was a scout for the Boston Red Sox and was helpful in promoting and assisting with the Fresno State baseball program. Wright also was inducted into the Missouri Sports Hall of Fame.